Will the Merchants get their goods past the Sheriff?

The bustling market in Nottingham is filled with goods from all over the kingdom. Most of it is entirely legal, however, Prince John is looking to make sure no contraband gets sold. He’s tasked the Sheriff to inspect Merchant’s wares, looking for any illicit goods. The Sheriff’s shrewd, but not above taking a bribe to look the other way. Which Merchant will end up getting the best goods through and make the largest profits in the market stalls?

In Sheriff of Nottingham 2nd Edition, players take turns playing the Sheriff, looking for contraband goods, and the Merchants trying to stock their Stall with the best goods. The Sheriff can inspect any bag they want, but they must be careful, as they’ll have to pay a penalty if they find the Merchants were telling the truth. This new edition includes updated rules, as well as expansions such as the 6th Merchant, Black Market, and Sheriff’s Deputies.

Sneak Your Way Through
Players can bluff, bribe, or even truth their way past the Sheriff. Every round, the Sheriff is played by someone new, so what works on one might not work on another.

Expansions Included
This box set contains previously released expansions, including components to include a 6th Merchant, deputizing players to be the Sheriff’s Deputies, and the Black Market, for high-risk/high-reward play. 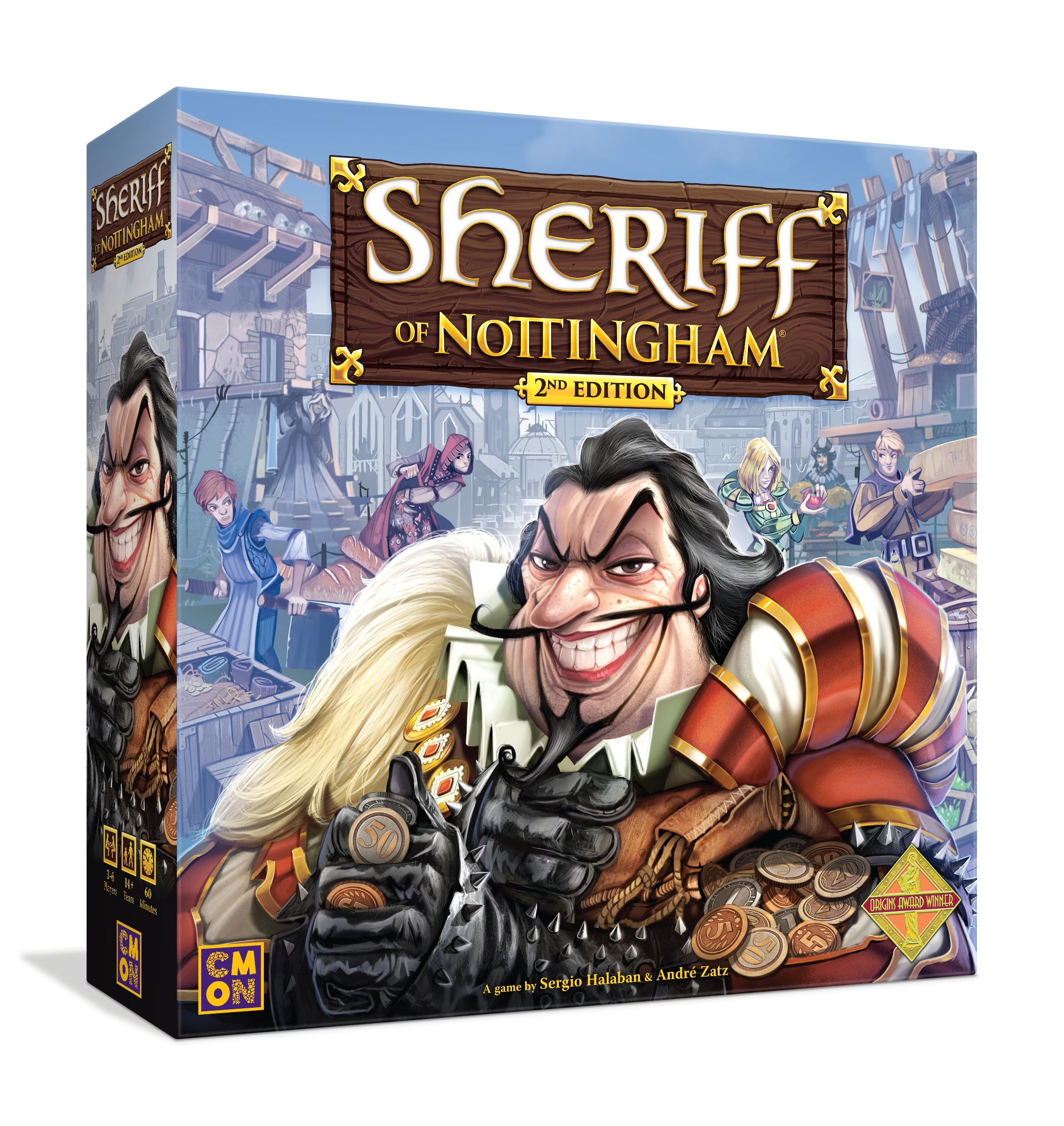